Even with basketball on hold right now, college coaches are still doing what they can to maintain recruiting efforts. Live games cannot take place, but schools are circling back around with prospects, as well as trying to find some new names. Although we are in a state of uncertainty regarding travel basketball this summer, I think that these 7 guys will draw attention and have coaches on them if we are able to play in July. Some are already being actively recruited but should begin to hear from higher level programs, and a few are just getting started in their recruitment. Coaches should do themselves a favor and get ahead on these prospects.

Brown is a guy that hardly anyone is talking about, but after watching him live twice this winter, I feel like he’s due for a good amount of recruitment. If you ask Team Dickerson coach Demond Stephens, he’ll express the same feeling very strongly. On his Monroe team, there isn’t a ton of size, so he has to play inside often. Brown is a thin 6’6″ but has long arms and quick hops that allow him to be effective against bigger guys. Those attributes do not go to waste; Brown is really active on the offensive glass and as a shot-blocker. While he’ll make plays above the rim on offense, Brown also has some solid perimeter skill that he’ll look to show this summer. He can handle and has a clean jumper that he displayed at times throughout the high school season. With natural athleticism, a good motor, and offensive versatility at 6’6″, Brown is bound to open eyes soon. 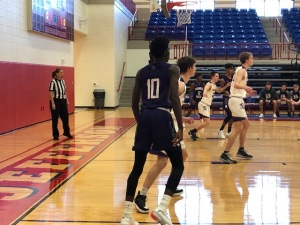 Keene has already become well-known among Division 1 coaches and has 4 offers in hand currently, but is hoping to take his recruitment up a notch before the end of the summer. Shooting is his best attribute even at 6’7″, but he showed other parts to his game last summer at the NCAA Academy and has continued developing since then. He immediately catches your attention with great form, a quick release, and deep range on his shot. Keene has some ability with the ball is his hands, being both smart enough to make the right read off the dribble and tough enough to finish in traffic from time to time. He is also a pretty good leaper, especially off of two feet. Some Big 10 schools and other HM programs have already started tracking him and Keene seems determined to turn those into serious options. He plays with some fire and a chip on his shoulder that I like.

RJ Keene would have added to his offers significantly this spring. Competitive 6’7” wing with a textbook outside shot and finishing ability. He has started gaining interest from HM schools like Iowa, Illinois, Purdue & others after a strong HS season.@rjkeeneii @HoustonHoops17U pic.twitter.com/K4VTQH4B5c

One of my favorite 2021 prospects from last year’s NCAA Academy, I’m surprised that Utah Valley is Benson’s lone offer at the moment. Benson is a true CG with exceptional shooting ability and good IQ. He is adept at coming off a variety of screens and is also capable of connecting on difficult shots off the dribble. My favorite thing about Benson is the tough, scrappy play he brings. He’s one that going to dive on the floor for loose balls, make pesky defensive plays, and always tries to be involved in the action. As a Wofford alum, the energy, intangibles, and shot-making ability that Benson possesses reminds me a lot of current Terrier PG Storm Murphy. Murphy was a guy who Wofford took a chance on late and he has been a starter & significant contributor since he was a freshman. Benson led Austin Bowie to a 24-9 record this season; he’s a high-character winner who will help lots of programs. 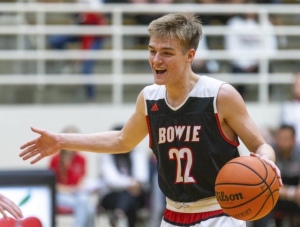 Felton, who claims 5 offers right now, would have had a good opportunity to keep reeling them in on the EYBL in April. He transferred to Aiken this year and had a tremendous junior campaign. Felton is one of the more physically-mature, aggressive guards in the region. He has a running back-like build with a powerful upper & lower body, to go along with an intense nature. At first glance, you might think he’s just a slasher, but Felton has proven to be an effective shooter from distance as well. Although he is a scorer first, Felton will find others and can pass on the move. He’s always going to bring competitiveness and effort on both sides of the ball which is why he generates lots of production. If he can prove himself against EYBL size and athleticism, higher programs will have to take notice. 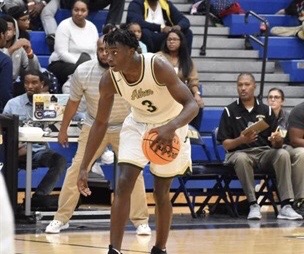 George Mason was the first school to pull the trigger on Ilver on Monday of this week; he would have surely added more during the April Live Periods. Ilver had a nice showing when I watched him at the HoopHall Prep Showcase in January and possesses a combination of size & shooting ability that will get coaches excited. He’s close to 6’8″ with a simple release from the outside that he connects on often, especially from the corners. Ilver is a respectable vertical athlete and will display that in transition or after 1-2 dribbles in the halfcourt. He has good touch in the paint, will rebound, and seems to have a good understanding of his capabilities. His offensive skill should be evident quickly so if he shows he can defend high-level wings this summer, his recruitment will take off. 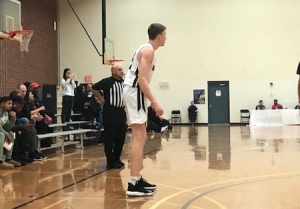 Some highlights from my junior season 6’8 SF 2021 pic.twitter.com/zwfu1iyWiK

Harcum recorded multiple triple-doubles this winter and put up numbers like that all season long on his way to 25.9 PPG, 8.7 RPG, 6.8 APG, and 4.3 SPG for Granville Central. Winthrop extended an offer to Harcum on March 29th; he’s deserving of offers from other regional programs too. Harcum possesses great defensive instincts, racking up steals and deflections with long arms and quick feet. Offensively, he has a combination of strength, speed, and balance that makes him well-suited to create at the PG spot. He’s under control with the ball, makes the right decision frequently, and knows when he needs to take charge. Harcum is a capable shooter but his ability to get downhill and draw contact is exceptional as he finishes consistently and gets to the FT line at will. The production is there so expect Harcum to gain more traction among college coaches soon. 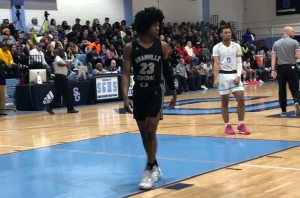 I was really impressed with Burnham’s performance at Holiday Hoopsgiving this past HS season; he transferred to Carmel for the 2019-20 season, reclassed to 2021, and started to generate a lot of talk around his name. Although he is fairly thin, Burnham is active and aggressive in the paint. He attacks the offensive glass hard and does not mind going through contact to finish. Burnham has solid athleticism and also has the ability to step out on the perimeter and make decisions with the ball. Continuing to fill out and running the floor hard consistently will help him a lot. Winthrop jumped in as the 1st offer for Burnham like with Harcum and I think he will be a popular Big South & SoCon target in this 2021 class.

2021 F Ben Burnham has benefited greatly from his move to @CCSCougarHoops. He averaged a double-double of 15.1 PPG & 10.2 RPG this year. Burnham is an active, athletic paint presence on both ends and also shows flashes of perimeter skill.@ben_burnham70 @CCSCougarSports pic.twitter.com/wVmHRBG71D

One thought on “2021 Summer Breakout Candidates”